Repairing the BC Community Through Dialogue 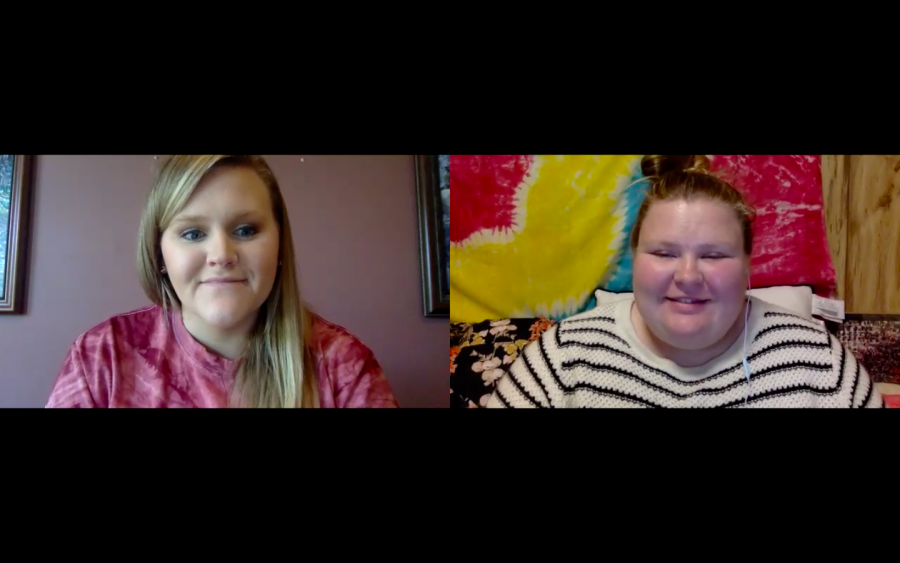 Alex Johnson, Director of Student Conduct and Restorative Practices, talks with senior Shaina Breeden about restorative practices at Bridgewater College after a post was made on social media with a picture of a current student with a swastika.

Bridgewater, Va. – Over the summer, a social media post surfaced of a current Bridgewater College student in front of a wall with a swastika on it. As a way to restore the campus community after this incident, a restorative circle was held by Alex Johnson, director of student conduct and restorative practices.

On June 5, 2020, current BC students received an email from Vice President for Student Life and Dean of Students Leslie Frere explaining that the college was made aware of the incident.

“Bridgewater College is not a place where intolerance, bigotry, nor racism are provided space to grow.  Instead, our focus must be on our mission to educate and challenge students to live principled lives,” stated Frere in the email.

In response to this incident, a restorative circle was organized. The circle was held on Sept. 3, in the Student Life suite.

Johnson stated that a restorative circle is a way “to repair harm and bring together those who have been impacted and those who caused the impact.”

Restorative circles can only be helpful when those who were harmed and those who caused the harm want to make a change and acknowledge the harm that has been done.

“It is like an action plan of what steps can we take to improve the relationship with each other and ultimately in a community,” said Johnson.

The first step in the process of having a restorative circle is to send invites to those who have been impacted by something. Next, Johnson has a one-on-one pre-meeting with each individual to discuss their feelings, where they are at, how things happened, what they hope to accomplish as part of the circle and what they see as resolution to what has occurred.

A pre-meeting is a way to determine who is “best fit” for the process.

“Essentially meaning a restorative circle is really most effective if everyone involved is hoping to better understand the situation, to educate people and ultimately work towards a goal of repairing harm to the community,” said Johnson.

A pre-meeting is also conducted with the individual who impacted others. Then the actual restorative circle occurs. Individuals sit in a circle formation to have a discussion with Johnson there as the facilitator.

“It is allowing people a safe space to share what has happened and how they feel about it, then working together to figure out what is the best way to move forward,” said Johnson.

For the restorative circle in September, Johnson reached out to those who had expressed a specific interest in the social media post, as well as to those who have identified as particular populations or groups that are impacted by anti-semitism.

Joshnson stated that the circle was “smaller than what I had hoped,” but that it “seemed to go well.”

“People reported feeling heard, being able to better understand the situation and being able to really represent themselves and their peers in something that had an impact on the community,” said Johnson.

Closure for the community was also gained through “letting students know we are doing something about this, we recognize a need, we recognize a harm,” said Johnson. “We want to take steps that upholds our mission of valuing diverse views and ideas but also educating people on the importance and the impact of things people may say or do.”