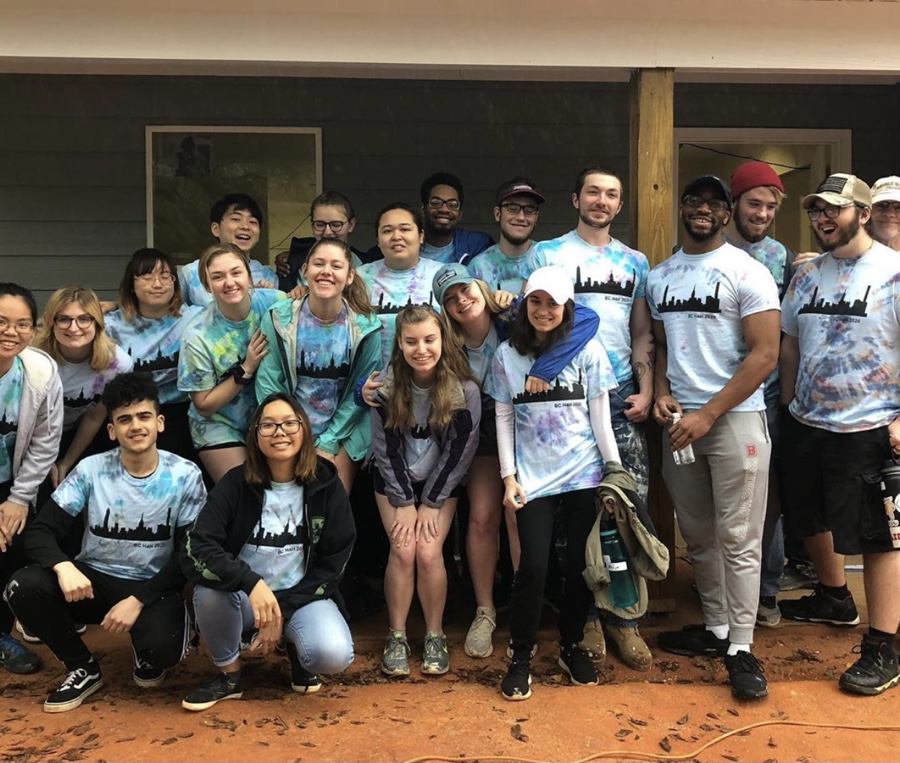 Habitat for Humanity at Bridgewater College, during their 2020 spring break trip in Alabama, reflected on their favorite memories and the impact it left with them.

Bridgewater, Va.- Members of Habitat for Humanity shared their favorite memories from Habitat to remember the accomplishments they have made along the way.

“We got to bond with each other while painting the interior walls of a new Habitat home in Harrisonburg. It was a more simple task but seeing individuals who had never done anything like that before is always so rewarding in itself,” said Ferguson.

Bryce Tonia, a junior majoring in Health and Exercise Science, shared that his favorite memory was when “we went to both houses to re-paint because we got to help one another in every room of the two houses while jamming to everyone’s favorite songs.”

Helena Ullom-Minnich, a senior, shared an unforgettable moment about meeting the individuals the organization was helping firsthand.

“My favorite memory on my habitat trip was when I worked side by side with the mother that was receiving the house. She asked all of the volunteers to write their names on the foundation of the wall that other volunteers helped build. My name, and many other names are written in the inner part of her house. It’s a powerful moment that I will never forget,” said Ullom-Minnich.

Kayla Reeves, a senior majoring in Mathematics, went on the Habitat trip this past spring and shared a moment of a young boy she had met who lives in one of the homes Habitat built for him and his family.

“One of the kids walks up to us and says he wants to know how to do what we’re doing, how to get involved with Habitat. He said he lives in one of the homes and would love to help others the way Habitat helped him and his family. It goes without saying, it was just a beautiful situation to witness,” said Reeves.