ODAC Announces Plans for Return to Competition for Spring 2021

Students React to the News of the Updated Season 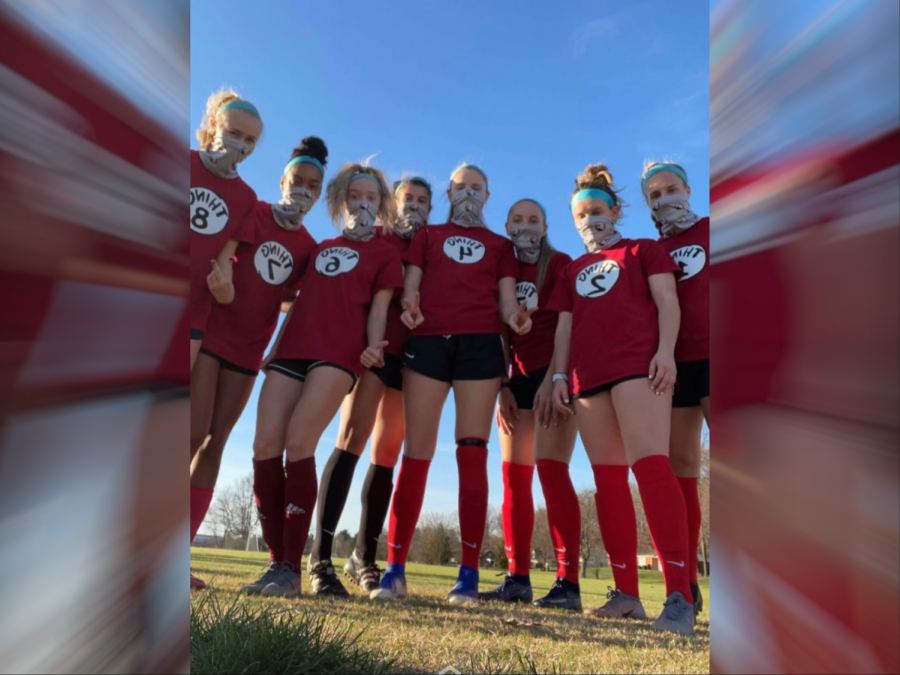 As Thanksgiving break approaches, numerous teams are completing their last full practice before break. Pictured above is a few freshmen women soccer players during their “fun” practice dressed up as Cat in the Hat characters.

Bridgewater, Va, – On Nov. 17, the Old Dominion Athletic Conference Presidents’ Council and Board of Directors approved a course of action for the return of competitive collegiate play during the 2021 spring semester.

“Every institution in the ODAC has been focused on ensuring the best possible student experience throughout the pandemic and the role athletics play in that is an important one,” President David Bushman stated. Bushman served as a chair on the ODAC President Council.

According to the report, ODAC’s first priority of the conference is “ensuring the well-being of all individuals involved in collegiate competition and its member campuses.”

All conference sports will adhere to NCAA testing recommendations, along with the Standard Operating Procedures for Competitions.

According to the newest competition plan, “the resulting framework provides regular season and conference championship structures for fall and winter sports in addition to the unaltered previously established sport schedules and championships.”

Cross country, typically completed in the fall season, is working on a pod-based format for regional competition that would feature at least one competitive opportunity for each team. The conference will not conduct a championship for cross country but instead will transition into outdoor track and field.

Field hockey, typically competed in the fall season, has been modified to a full round-robin conference schedule with a nine-game season beginning on March 5 through April 9. Only four teams, usually six teams, will qualify for the ODAC tournament April 14 and April 17.

Prior to speaking to Meredyth Rankin, sophomore midfielder on the women’s field hockey team, she was unaware of any of the ODAC’s statements regarding the spring season. After being shown the announcement, Rankin was disappointed in the shortened season.

Football, typically completed in the fall season, will begin on Feb. 26 with a unfinalized full game schedule, with the goal to complete five games per team.

Shawn Harris, multi-position sophomore football player, was content when he heard about the current news of his season.

“Honestly, it is better than nothing,” said Harris. “At least we get the chance to play someone and potentially get another ring.”

Women’s and men’s soccer, typically competed in the fall season, will be Feb. 21 through Apr. 4 competing in eight games. Only four teams will qualify for the ODAC tournament, which is slated for April 8 and April 11.

“I think it is a great opportunity for me to dip my toe in,” explains women’s soccer freshman forward, Makayla Zanders. “I know my seniors would have been disappointed if there was not a season, so I am excited to play with them, even if it is for half of a normal season.”

Volleyball, typically completed in the fall, will conduct a 12-match full round-robin schedule featuring single and multi-team events, starting Mar. 13 through April 28. Only four teams will qualify for the ODAC tournament on May 1.

Sarah Cerns, sophomore middle hitter, was concerned when she first read the report.

“Personally, I do not like the decision made,” Cerns said. “It is weird we only play a team once resulting in a rushed season. Plus, we also do not start until late in the spring semester.”

Women’s and men’s basketball will conduct a 12-game single round robin competition starting Jan. 23. The ODAC tournament will consist of a four-team tournament on March 4 and March 6.

When Maxx Jarmon, transfer sophomore small forward on the men’s basketball team, read the report, he stated how he did not like the scheduling decision.

“I do not respect it; if we lose once, then we should have a chance to redeem ourselves,” said Jarmon.

However, Ahlia Moone, senior captain and shooting guard of the women’s basketball team, felt differently about the ODAC’s decision.

Moone said that she “feel(s) blessed because I still get an opportunity to play, especially considering I am a senior and the unpredictable times we are in now.”

Indoor track and field and swimming both do not have any dedicated conference schedules. The track coaches have unanimously decided to eliminate the indoor conference, and instead use any indoor opportunities as part of the outdoor season.

Swimming’s projected start date is the weekend of March 5.

Michael Sheets, junior thrower on the men’s track and field team, was excited when the head coach, Denver Davis, sent the email regarding the ODAC’s newest update.

“Although there is no indoor season, I am still excited to finally know there is a season,” Sheets explained. “This finally gives us a clear goal to work for. We must push through Thanksgiving and winter break and keep doing our workouts. That is how we will do our best come spring.”