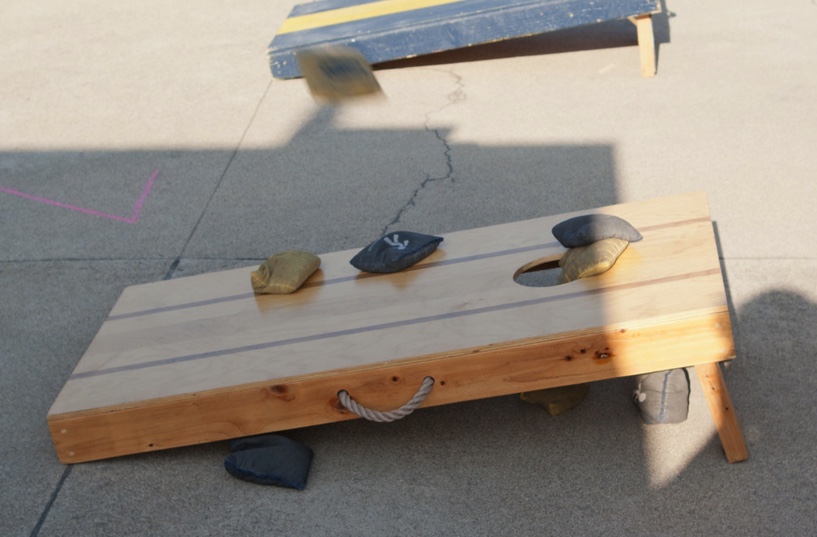 Bridgewater, Va. – On Monday, March 29, BC Campus Rec held their last cornhole tournament. They have held a tournament every Monday since February 15. Each Monday’s victors won a $25 shopping spree to the campus store.

The tournament was organized by senior Courtney Betts.

“I personally enjoy Cornhole and I believe it’s a nice way for students to come and release any stress from their day and to also reconnect with other students on campus,” said Betts.

As each Monday progressed, the tournament became more and more competitive.

“I think some tension builds and the players take it seriously because they want that Intramural Champion T-Shirt and with COVID-19 regulations, the events that intramural holds are limited,” said Betts.

“The vibe is good, the weather is good and the competition is great,” said junior Ben Dillon, champion of the March 22 tournament.

The tournament was able to field 15 “throwers” across all the Monday dates.

Betts says that there are more tournament events to come. with putt-putt at Sandy Bottom on April 9 and a Disc Golf Tournament on April 11.