Owls, Eagles and Bears, Oh My! 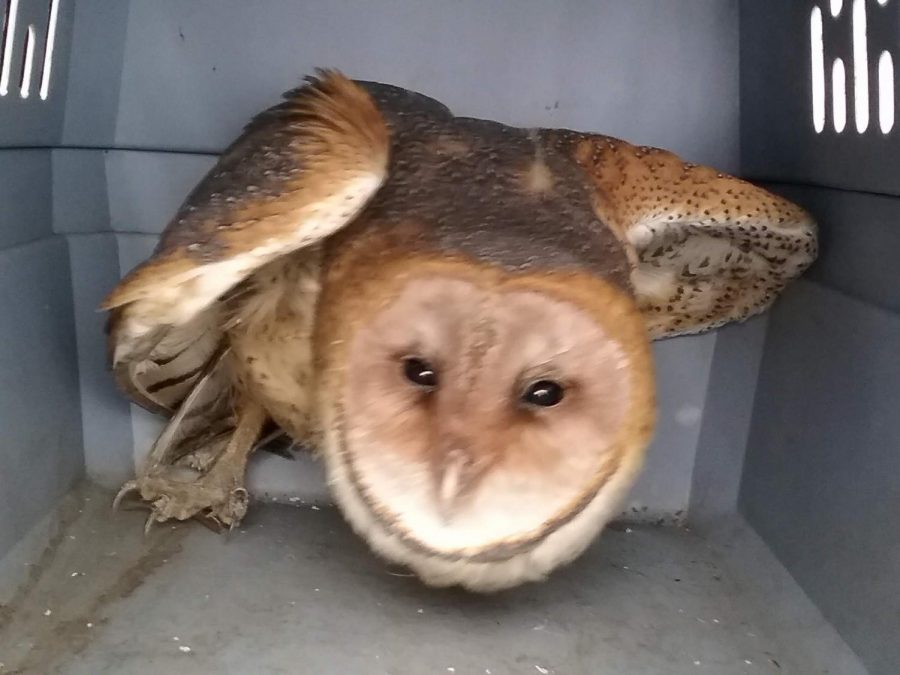 The Wildlife Center of Virginia admitted six Barn Owls in 2020. According to volunteer transporter, and BC chaplain, Robbie Miller, the creature can be rescued from the unlikeliest of places such as a house’s chimney.

Bridgewater, Va. – The Wildlife Center of Virginia, headquartered in Waynesboro, rescued and cared for 3,727 patient admissions in the last year.

“We humans have a tremendous impact on the natural world, of course, and I think most of us have no idea how impactful and how destructive we are,” said College Chaplain Robbie Miller, who serves as a volunteer transporter for the WCV. “I feel like trying to rescue injured creatures is the very least I can do to compensate a bit for all the ways that we make life so hard for them.”

Miller has served as an on-call transporter for over ten years and has had his fair share of story-worthy wildlife encounters.

“The job sometimes requires a bit of on-site problem-solving but the wildlife center is always there to advise you so if you have a creature you’re not sure how to handle you can just call them,” said Miller.

Sophomore Joseph Wampler volunteers as a veterinarian’s assistant at the Wildlife Center.

“I’m the one handling the animal while the vet or the vet tech is doing the treatment, so suddenly I’m just sort of standing there holding a bald eagle while they’re giving it whatever injection, physical therapy, or other treatment it needs,” said Wampler.

The center admitted 31 American Black Bears last year, and according to Wampler, this rare admit creates a lot of excitement in the veterinary office.

“Once, when the bear was under anesthesia, the vet I was working with let me give the fluid injection,” said Wampler. “So I can always say my first time injecting any animal was on a black bear, which was pretty cool.”

Visit the Wildlife Center’s Volunteer Opportunities webpage to learn more about how you can help local wildlife.

“I would just say, give it a try and you’ll get hooked because, you know, the moment you start rescuing these creatures, it’s just one of the most gratifying experiences there is,” said Miller.