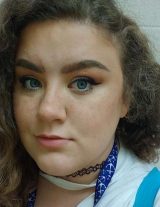 “You’re More Than What People Say You Are”

Bridgewater, Va.- Within the campus of Bridgewater College, students are encouraged to share their stories of bullying, or when they have seen bullying taking place.

Bullying is described as a set of ways of attacking someone both physically and mentally. It is considered as an unwanted aggressive behavior that involves a real or perceived power imbalance, according to the U.S. Department of Health and Human Services.

Sophomore Samantha Brooks stated bullying is “any way of harassing, or putting someone down and making them feel less than what they are.”

Some forms of bullying consist of making threats, spreading rumors and physically or verbally attacking a person.

Brooks described some forms of bullying that she endured include “name calling, vague postings online, plain insults to my face and even sexual comments.”

“For awhile I was even in denial that I was being bullied until I saw someone else being talked to that way, and that’s when I knew that was not okay,” said Brooks. “That’s when I had to finally get my head out of the clouds.”

To cope with the situation, Brooks began to distance herself from friends. She said that she lost self-confidence during her high school years, always being “angry or irritable.”

To avoid going to school some days, Brooks would frequently fake being sick.

While high school was difficult for Brooks, she saw college as her silver lining.

“The day I got my acceptance letter from Bridgewater College, I knew it was going to get better after high school, and I just needed to hang on. I could feel myself getting better,” Brooks shared.

When arriving to Bridgewater fall 2018, Brooks explained it was as if she had a clean slate.

“Being at Bridgewater College has definitely help me overcome bullying, and I was able to make new friends. I confided to the people in my life, talked about it, I tried to be nice to everyone I met, and overall, I’d combat negativity with positivity.”

If given the opportunity to give her younger self advice for getting through the harassment, Brooks states that she would say, “Don’t let it get to you, move past it, and it’s not a big deal.”

Brooks shares some advice that she wished someone would have told her, that “you’re more than what people say you are.”

She added that students should remember to speak up. It is okay to ask for help or talk to someone whether a friend, family member, or even counseling services here at Bridgewater College.