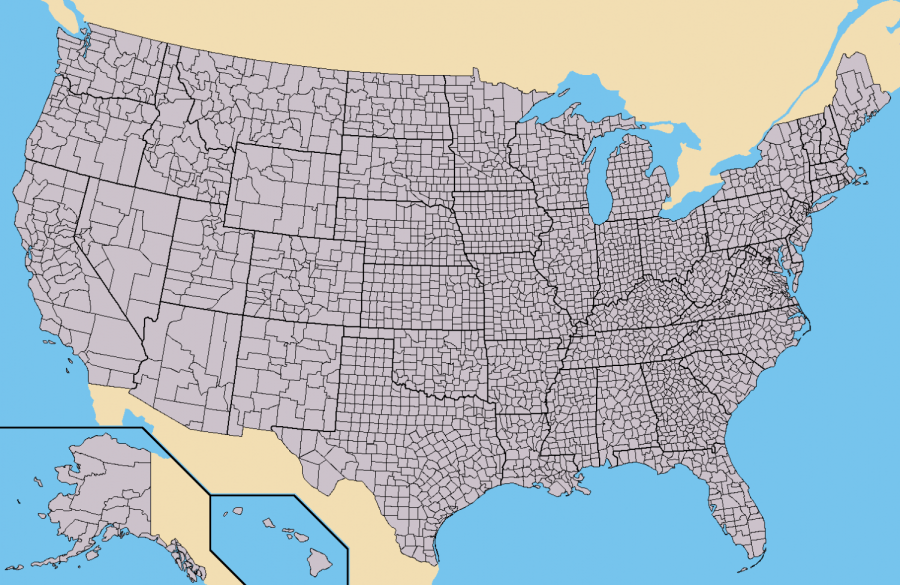 Houston, Texas- Since the novel coronavirus pandemic began in Wuhan, China, Asian-Americans are increasingly being blamed and harassed in the United States.

A Chinese-American woman was screamed at and spit on by a man in San Francisco.

Public officials’ reference to COVID-19 as “the Chinese virus” has left many Asian-Americans scared to go to the grocery store.

Alisa Lee, a 20-year-old Chinese-American who has spent her entire life in Houston, feels the same way.

“Since the pandemic began I have been getting weird looks in public.” Lee added, “Even before the state went into a lockdown, I had been trying to stay inside as much as possible.”

A 19-year-old boy stabbed an Asian-American family at a Sam’s Club in a hate crime over the coronavirus.

After hearing about it in a TV news report, Houston resident, Quentin Boric said that the incident was “… disappointing but not unexpected because of the pressure the virus is putting on everyone physically, financially, and mentally, which can drive people to the edge.”

Boric also added that crime was “not unexpected because of the President stigmatizing Chinese-Americans and calling this the Chinese virus.”

“Incidents like these are why I have been cooped up inside even before the stay-at-home order,” said Lee. “I have lived in Texas my entire life. I should not be scared to go outside when I call this my hometown too.”

Jaci Latz is a senior double majoring in psychology and professional writing, with a minor in crime and justice

Maryland Governor Calls in National Guard to Decelerate the COVID-19

Waldorf, Md.- On Friday, March 20, Maryland Governor Larry Hogan asked the National Guard to begin “conducting temperature screenings at state buildings, transporting patients and supporting the state Emergency Operations Center.” In addition, the Guard set up triage tents at the FedEx Field in Landover, Maryland, to relieve hospitals of the extreme amount of people they were receiving.

Willie Epperson enlisted in the National Guard when he was 18 where he served over 30 years in the armed forces.

“I was planning my retirement when the pandemic and mass hysteria hit the United States,” said Epperson. Epperson postponed his plans to assist those at the triage tents at FedEx field.

“My heart broke when I read testimonials that healthy, young people were contracting the virus,” said Epperson. “I have been on the line of fire all my life; this pandemic is different than any other tour I was on. This is too close to home for comfort.”

Epperson is not allowed to be with his family during this time because he has been in contact with a resident that tested positive.

Every minute, an average of 24 people are victims of physical violence, rape or stalking by a romantic partner, according to the National Domestic Violence Hotline. Emotional abuse is a form of domestic violence as well, and about half of all men and women in the United States have experienced psychological aggression by a romantic partner in their lifetime.

Recognizing signs of abuse can be difficult under normal circumstances and social distancing can create more barriers to recognizing abuse.

“Lots of people are self-isolating right now and working from home if they can, which makes it hard to see the signs of abuse,” said a Bridgewater College student who survived an abusive relationship. “Abusive partners want to keep their victims away from other people, too, which makes it harder to tell if someone is being  abused or just following the rules of Virginia’s order.”

If you know or suspect someone who may be experiencing domestic abuse, the National Domestic Violence Hotline provides support and information to victims and friends or family to identify abuse. Additional resources for victims of domestic violence in Virginia and the Harrisonburg Area:

“Reach out to your friends and to other people,” said the student. “Check on them and make sure they’re ok. Offer them a place to stay, if you can, and try to connect them with domestic abuse shelters or hotlines in your area.”

O’Fallon, Ill.- As COVID-19 continues to spread, along with the misinformation predominately in social media, Illinois residents are challenged to remain calm and to maintain normalcy.

“You turn on the TV and that’s all you see. You see the number of deaths rising and people panic-buying in grocery stores. We all just need to turn the TV off, stay home, and remain calm,” said Jennifer Dugger.

In Illinois, the statewide stay-at-home order first took effect on March 21. It was later extended through April 30 and then through May.

Not only are people fearing for job loss, but also not being able to purchase household essentials because of the mass panic and hoarding of essential goods including frozen foods, meats and cleaning products.

Kimberly Holton lives in O’Fallon, Illinois, which is near St. Louis, Missouri. She, like many others, she is struggling to find enough toilet paper for her family of six.

“Every time I know a store is having a restock, I wake up at 5 a.m. to stand in line to buy toilet paper and cleaning wipes. If I don’t do this we won’t have any paper towels or toilet paper to use,” Holton said.

Grieving Life Events Because of COVID-19

Bridgewater, Va.- Since the outbreak of COVID-19 pandemic, people are grieving the changes it caused such as the cancellations of graduations, weddings, travel and vacations and even the predictability that we take for granted in daily life.

During her spring semester, sophomore Katie Baker applied for a summer mission trip to Tanzania, Africa. When she found out she got accepted, Baker started preparing for her trip, including getting immunization shots and raising money.

“I feel called to do this. I’ve always taken joy in serving others, and this was a great opportunity to show love to the children in Tanzania this summer,” said Baker.

In April, Baker received an email that her mission trip was cancelled.

“I was shocked. I couldn’t believe it. I spent 30 minutes staring at that email trying to find some positivity but it was hard,” said Baker.

O’Connor was planning to have a bridal shower in April; the event was cancelled due to the stay-at-home order issued by Virginia Governor Ralph Northam.

“It was very sad because I was looking forward to it,” said O’Connor.

O’Connor is still hoping that she will not have to postpone her wedding, which is scheduled for September.