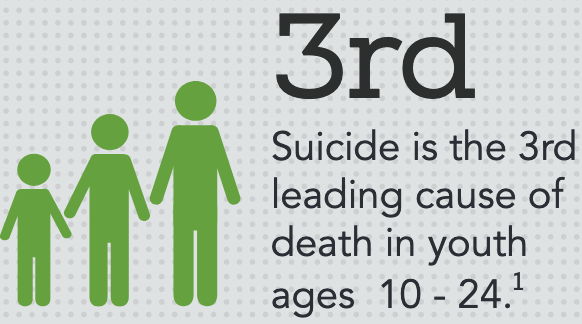 Data from National Institute of Mental Health via NAMI

A Look at Mental Health in America

Educating the Target Age Could Save Lives

Bridgewater, Va.- While many people may talk about mental health, many do not understand what it truly means or how it affects individuals. Problems with mental health can impact people in different areas of well-being, like their emotions, psychological processes and social interaction. These problems can affect how people interact with one another, how they think and how they perform daily tasks. Mental health issues can make it difficult to wake up in the morning, or hard to go to sleep at night.

According to the National Alliance on Mental Illness, 75 percent of cases relating to mental health conditions begin by age 24. NAMI also reports one in four young adults between the ages 18 and 24 have a diagnosable mental illness and more than 25 percent of college students were diagnosed and treated by a professional within the past year.

NAMI also says that 80 percent of college students feel that they are overwhelmed by their responsibilities. This is common on any campus, anywhere in the nation.

Students can feel overwhelmed due to a variety of stressors like a fast-approaching deadline, a big test or something that involves public speaking. Even though a student could be feeling overwhelmed, this does not mean they have a mental health condition.

It is important to distinguish that while people talk about mental health constantly, they could have no idea what it truly does to a person. It is easy to say, “This is depressing” after a string of bad days, or to self-diagnose anxiety or something similar after preparing a presentation for class.

These are not examples of mental health problems.

Mental health problems are much deeper than this; they last for much longer, and they can severely hurt those who are experiencing them. According to NAMI, suicide is the third leading cause of death on college campuses.

Many students are afraid to admit they have a problem to themselves, so going to a counselor is out of the question. Forty percent of students who have a diagnosable mental health condition do not seek help, and many do not request help from their institution of learning, according to mentalhealthamerica.net.

MHA also states that 7.7 percent of youth who have a mental illness cannot receive access to any mental health service through their private insurance plan.